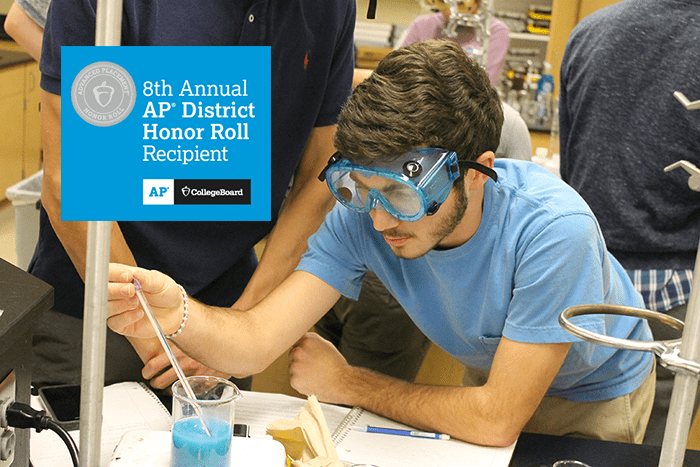 For the sixth consecutive year, Elkhorn Public Schools has earned the honor of being named to the College Board’s 8th Annual AP® Honor Roll.  Nationwide, EPS is among only 450 school districts across the United States and parts of Canada being honored by the College Board with this placement for simultaneously increasing access to Advanced Placement coursework while also increasing the percentage of students earning scores of 3 or higher on AP Exams.

Inclusion on the 8th Annual AP District Honor Roll is based on the examination of three years of AP data with the following criteria:

Helping more students learn at a higher level and earn higher AP scores is an objective of all members of the AP community, from AP teachers to district and school administrators to college professors.  During the 2016-2017 school year, Elkhorn students from both high schools took a total of nearly 1,300 exams and the total number of students taking these exams has more than doubled in five years. Reaching these goals and earning this honor indicates that EPS is successfully identifying motivated, academically prepared students who are likely to benefit from rigorous AP course work.

They Earned It, Now Arbor View 3rd Graders Get to Decide How to Spend It!